It’s Truesday: “True Blood: Do You Feel Me”

You’ll have to forgive me for skipping Truesday last week.

There’s been a lot going on in the isle of the Files.

I was recently promoted to Managing Editor at JET magazine and we were in the middle of a total print and Web redesign, which launched on Monday.  And while I am delighted and super excited with the results, let’s just say there wasn’t a lot of time left over to ponder the plot lines of my Bon Temps-based guilty pleasure. I pretty much watched last night and then spent the rest of the evening deep in the weeds of WordPress.

But I promised I’d get back on track, so let’s shift straight to “True Blood,” which alternately titillates and ticks me off, depending which episode I just watched.  When it comes to “Don’t You Feel Me,” the scale tipped hard toward hatred.

The episode was terrible, in my opinion.  I strongly urge you to stop reading if you aren’t caught up.  Because I want to be very clear about what went wrong.  First off, I felt it was a letdown after a  big buildup.  Last week was  actually entertaining and logical.  We learned that Sookie’s parents really wanted to off her, and that Warlow was more a protector than a predator.  It doesn’t hurt that dude playing Warlow is hella cute and sounds like my old crush James Marsden of “Buffy the Vampire” fame.

There was also action and excitement.  We saw more of the Guantanamo Bay-esque vamp camps, an epic cage match with Eric pitted against Pam and Jason Stackhouse was restored to his Season 1 horizontal hulu glory. I was actually excited to see the show this week.  Here is why my desire turned swiftly to disappointment in five easy pieces.

What is wrong with this girl?  Just when I start liking her she has to go back and fall upon her co-dependent ways…actually allowing Warlow to feast on her fairy blood, plus biting into and drinking from him right back like she was auditioning for a role on “Walking Dead.” She barely knows this dude! For all this fake Beyonce independent woman mess she was talking last week, it only took a short conversation with a devoted Warlow to flip her back into everybody’s favorite victim.  I know it’s mean, but I couldn’t help whispering fiercely to myself as she bared her neck to Warlow: “Drink her dry.  Please.”  I know.  It’s bad.  I’m sorry.  Moving on… 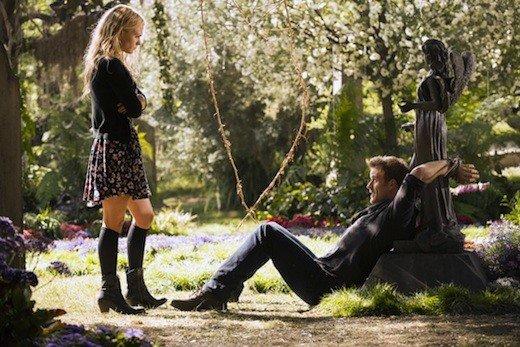 Somebody fire up the Mystery Van.  This show is getting downright Scooby Doo-ish.  All these characters swapping clothes and impersonating others, particularly Eric, is just absurd. First of all, the Viking vamp is two feet taller than everyone else on the cast and, quite honestly, on earth.  Yet, he fits like a glove into a nerdy lobbyists attire in “The Sun” some episodes back and now he stole  a chubby guard’s gear after a rather boring bait-and-switch involving Willa, Nora and Tara.  It too magically fits!.  Perhaps these clothes are like Multiples for the new millennium.

I don’t know when Alcide became such a jerk, but he’s a stone cold one.  And I don’t care that he has abs of steel or those striking cheekbones, I am tired of his awful growling, his weird relationship with the Terminator 2 and the talk of being a pack master.  He sounds like a Boy Scout gone rogue. 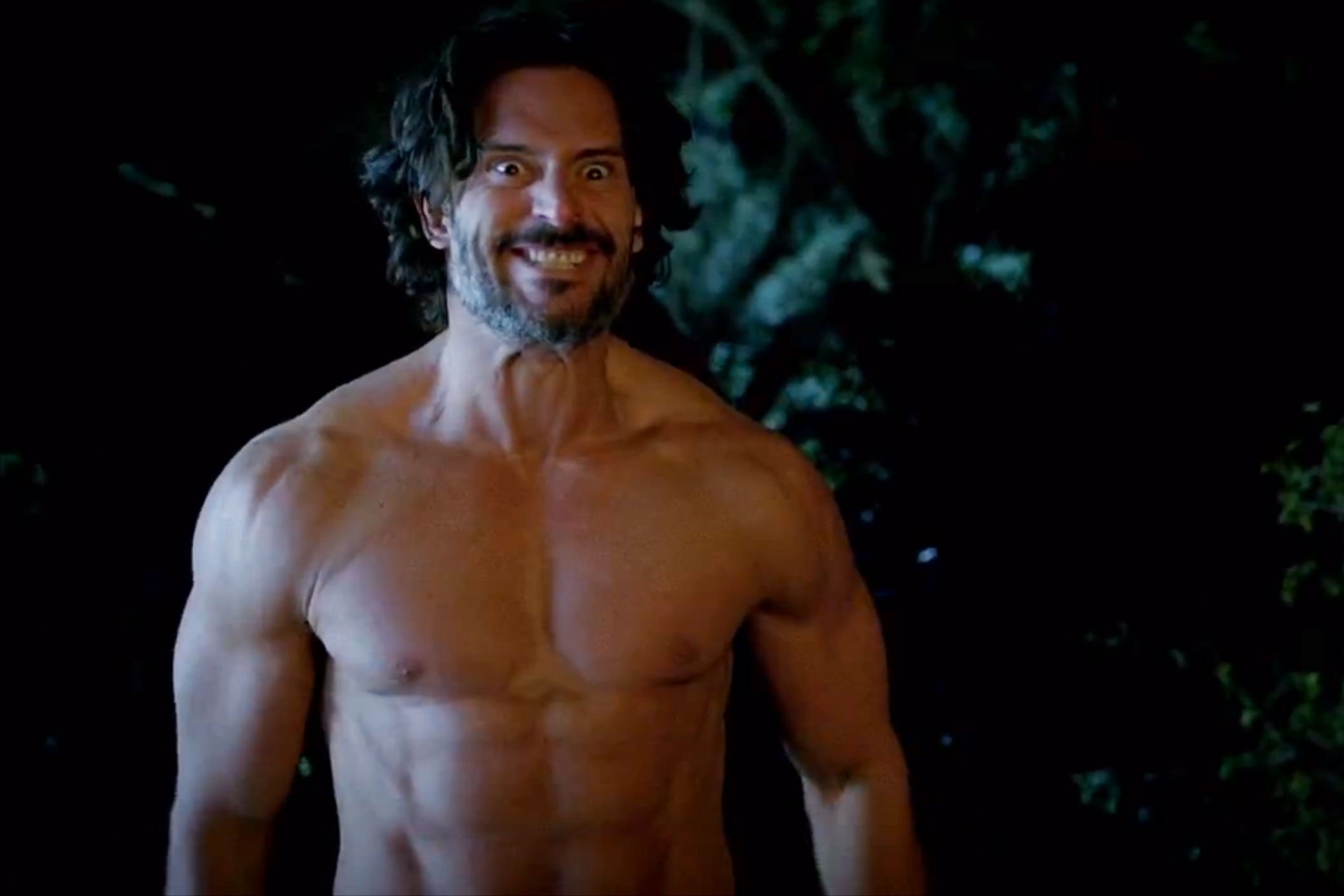 Away with him, and the rest of his furry friends.  His illogical threats to Sam about a kid he has no connection to finally pushed him into werepanther territory, and he ain’t coming back.  Let’s swap him out for that hot vampire, James, who refused to copulate with Jessica.  Yeow!  He was gorgeous.

Okay.  This is a show.  A silly, soapy show.  I’m not expecting award-winning storytelling, but come on son.  You mean to tell me all these years of Terry suffering from PTSD, only on this week…Season 6, episode 6, they just now figured out they should ask a vampire to glamour his pain away?  I know Arlene isn’t too bright, but they schemed to cover up the death of his former platoon member, evaded a smoke beast and fought a baby-stealing ghost…but only this SUNDAY…this past SUNDAY, did the glamouring idea occur? I’m sorry.  They need more people.  I really almost ran out of the room when this ingenious plan was hatched.

Was I supposed to be sad when Terry Bellefleur died?  Because I was absolutely not moved by that hackneyed scene of a loudmouth Arlene braying that she wanted to be alone with the man she had brainwashed.   And sirs and madames, even if you want to pretend you were watching some poignant moment between a man and his over-acting wife, the lullaby she rocked him to death with….that was just overkill, no pun intended.  This scene was icky and obnoxious.  If this is what the producers were yapping about with this big death, pardon me if I don’t go running for the Kleenex.  Most importantly, I realize he was shot in the neck, but did anyone else find it odd there was no attempt to get him medical attention?